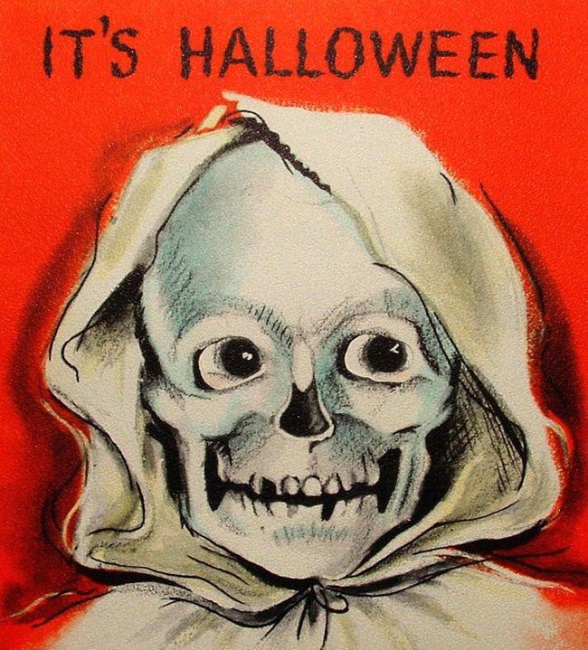 Halloween was once intricately tied to a day when we actively engaged with death; and facing our own mortality was at the heart of the celebration.

Americans have a strange relationship with death. We love our death wrapped up and packaged for us in the guise of entertainment – dedicating hours of our lives to killing others and subsequently dying ourselves in video games, our film and television choices feature death as a constant theme in popular shows like The Walking Dead, American Horror Story and Game of Thrones. Even our most celebrated universal cultural observance, Halloween, is one that delights in death. We create cemeteries on our lawns, hang skeletons around the house, and snack on cookies made to look like severed fingers.

In spite of this, to speak of death and dying outside of these safe boundaries we’ve created, typically elicits a negative reaction. We surround ourselves with death and yet, we are painfully uncomfortable actually talking about it. Perhaps this is precisely why we love Halloween so much, as it allows for an acceptable place and time to explore and sate some of our curiosity and fear, surrounding the subject.

There was once a time when this uniquely American holiday was intricately tied to a day when we actively engaged with death; and facing our own mortality was at the heart of the celebration.

Many different cultures, religious beliefs, marketing and even historical events throughout the centuries have contributed to the traditions of Halloween. Most notable among them are the Roman festival of Pomona, and the church appointed observances of All Saints’  and All Souls’ Day, but none more than the Celtic festival of Samhain.