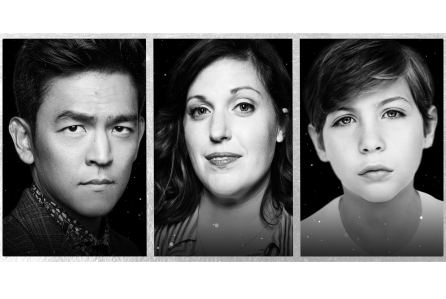 John Cho (Searching), Allison Tolman (Fargo) and Jacob Tremblay (Room) have been tapped to star in “The Wunderkind” episode of The Twilight Zone reboot on CBS All Access. Erica Tremblay will also appear in the episode. They join previously announced host and narrator Jordan Peele and cast members Sanaa Lathan, Adam Scott and Kumail Nanjiani.

The CBS All Access series will be a modern reimagining of the original, which premiered in 1959 and continued through 1964. Details about specific roles are being kept under wraps.

Tolman is best known for her performance in the first season of FX’s Fargo, for which she won the Critics’ Choice Award and received both Emmy and Golden Globe nominations. Her other TV credits include ABC’s Downward Dog, Castle Rock, Mosaic, Good Girls, Brooklyn Nine-Nine, I’m Sorry and Archer. Film credits include Krampus and The Gif.

Tremblay’s breakout performance was opposite Brie Larson in the film Room, for which he received recognition from the National Board of Review, a Critics’ Choice Award and a Screen Actors’ Guild Award nomination for Outstanding Supporting Actor. His recent film credits include Wonder, The Death and Life of John F. Donovan, The Predator reboot and Smurfs 2.