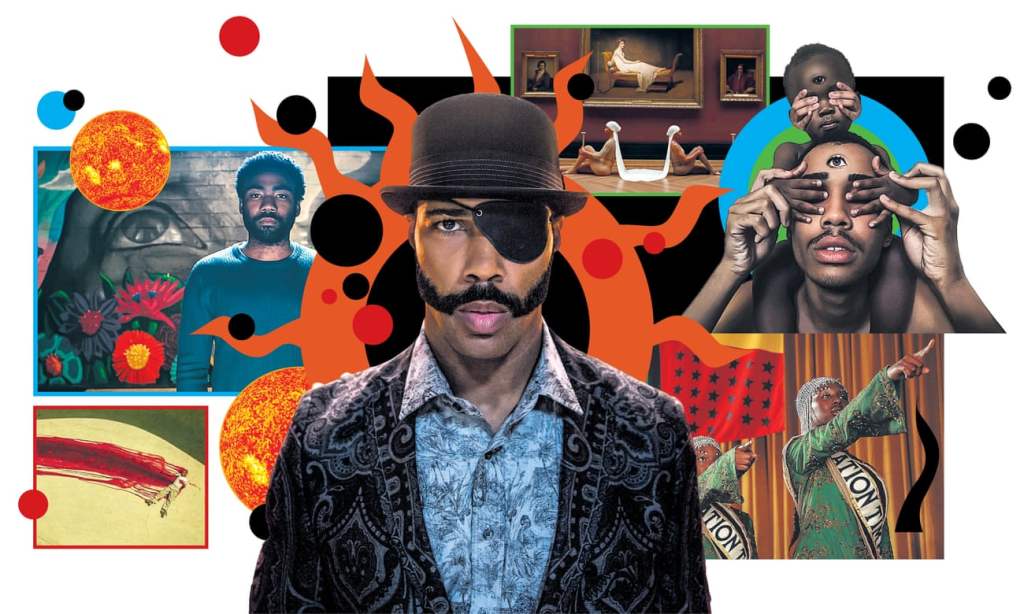 There he was, dangling into the void. Sinking, arms outstretched, helplessly clawing at the air. Jordan Peele’s satirical horror Get Out introduced us to the “sunken place”, a purgatory where Daniel Kaluuya’s character is trapped by body-snatching white liberals. As otherworldly as the Salvador Dalí-designed dream sequence in Alfred Hitchcock’s Spellbound, it was the scene that planted Afro-surrealism firmly in the mainstream.

It also symbolized the revival of a genre in which strangeness and blackness not only co-exist but are impossible to separate. In recent years we’ve had Atlanta, a show its creator Donald Glover proudly called a “black Twin Peaks”, and a host of film-makers including Kahlil Joseph, Arthur Jafa and Jenn Nkiru, who have given a hallucinatory edge to the music of Kendrick Lamar, Flying Lotus, Kamasi Washington and Beyoncé. Joseph’s video to Flying Lotus’s Until the Quiet Comes reimagines Watts in Los Angeles as a phantasmagoric playground where a murdered black man’s body dances, bullet-ridden and bloodied, through the projects. Jafa’s video installation Love Is the Message, the Message Is Death is a collage of images; athletes and artists from LeBron James to Drake are interspersed with footage of police beating black people and civil-rights unrest, while a huge psychedelic sun burns in the background – coming in and out of the mix like a harbinger of impeding doom.

Earlier this year in the United States, writer and director Terence Nance’s sketch show Random Acts of Flyness sent up police violence, white saviour syndrome and everyday racism in a style described by the New York Times as “kaleidoscopic, nearly unclassifiable”. And this week sees the UK release of Boots Riley’s satire Sorry to Bother You, which uses surrealism to comment on race, sexuality and capitalism.

Read More – From Beyoncé to Sorry to Bother You: the new age of Afro-surrealism – The Guardian