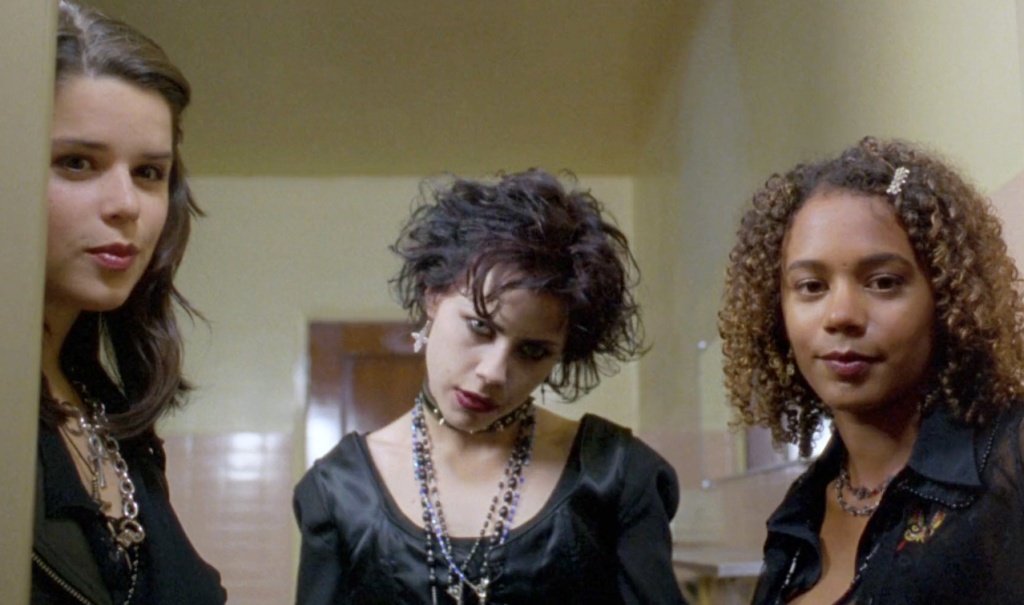 [Over] the weekend, actress Rachel True brought up in a Tweet (which turned into a quite informative thread) that conventions were booking her fellow The Craft costars Robin Tunney, Fairuza Balk, and Neve Campbell, but leaving her out.

In 1996, The Craft premiered and became a cult sensation that introduced a generation to witchcraft and queer subtext. I was introduced to the movie almost ten years later, when I was in high school and going through an intense Wicca phase, as all Catholic students are wont to. Among everything else, what I loved about The Craft was being able to see a Black witch as part of the bunch in Rachel True’s character, Rochelle Zimmerman.

Rochelle (and by extension, Rachel) is the only Black character in the movie, and her family is the only one that never appears in the film—according to True, they were cut. Rochelle is the victim of racist harassment by Laura Lizzie, played by Christine Taylor, who compares Rochelle’s hair texture to pubic hair and says right to Rochelle’s face that she doesn’t “like negroids.”

Despite not having a lot of screen time, The Craft didn’t try to ignore the racial context of Rochelle’s life, and that’s a good thing. Unfortunately, in real life, that hasn’t stopped Rachel True from having to deal with micro-aggressions and racism.

the kids say photo dumping is in right now sooooo keep scrolling for a surprise 🙃
There is real BULLSHIT happening in Texas right now but if you need access to safe, affordable preventative care, it’s available! Don’t give up hope! We will continue to fight this oppressive and sexist regime!
🎶There she is! There’s the girl! Welcome!🎶 #pyewacket #themostbeautifulgirl
Last weekend with my inner demons. 👹