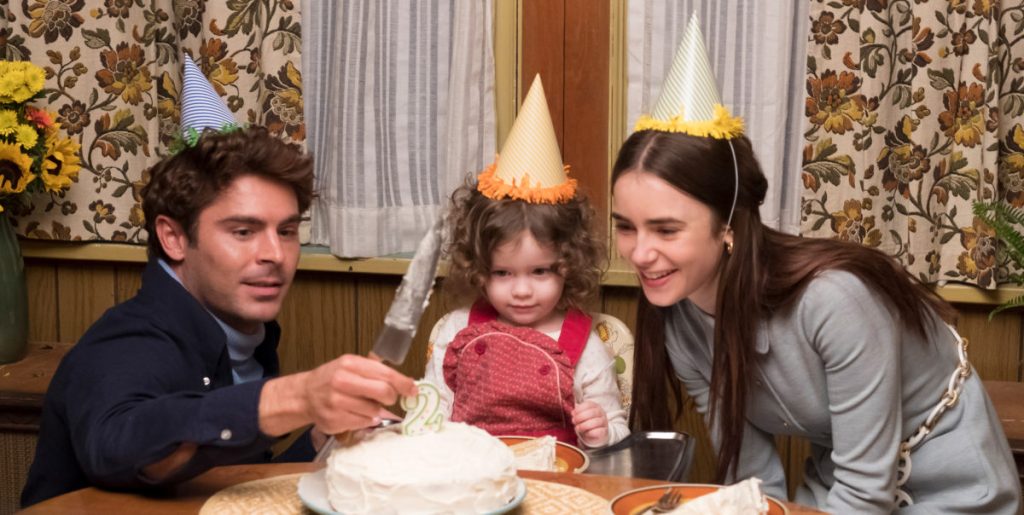 Zac Efron, Macie Carmosino and Lily Collins appear in Extremely Wicked, Shockingly Evil and Vile directed by Joe Berlinger, an official selection of the Premieres program the 2019 Sundance Film Festival. Courtesy of Sundance Institute | photo by Brian Douglas. All photos are copyrighted and may be used by press only for the purpose of news or editorial coverage of Sundance Institute programs. Photos must be accompanied by a credit to the photographer and/or 'Courtesy of Sundance Institute.' Unauthorized use, alteration, reproduction or sale of logos and/or photos is strictly prohibited.

Ted Bundy, though dead for 30 years, is again having his moment in the spotlight. In 2019, the serial killer — who brutally raped and murdered at least 36 women — is the subject of a new four-part docuseries on Netflix, Conversations with a Killer: The Ted Bundy Tapes, and will be portrayed by a chiseled Zac Efron in the film Extremely Wicked, Shockingly Evil and Vile, which will be released in theaters on January 26.
In both the docuseries and the film, Bundy is painted as an artful, handsome, and exceptionally intelligent man; one whom you would never, ever think was capable of bludgeoning women to death and then having sex with their corpses. In the movie’s trailer, Efron’s Bundy smirks, winks, seductively takes off his shirt, and passionately rips off a woman’s blouse.

Bundy’s image in 2019 is not much different than what it has been since he was first arrested in in 1975. News media at the time depicted Bundy as charming and charismatic. (Here’s Dan Rather calling Bundy “intelligent” and “articulate” the day before his execution in 1989.) In Conversations with a Killer, PBS correspondent Ed Hula says “the lurid nature of the case, the depravity of the violence, and the personality of Ted Bundy combined to make this something that the media could not ignore.” Marlin Lee Vortman, a friend of Bundy who met him when they both worked on the campaign for a Utah Republican gubernatorial candidate said Bundy was “the kind of guy you want your sister to marry.” This perception of Bundy as a bewitching Lothario, who was able to hide his evil double-life so well because he was almost supernatural, has been the inspiration for dozens of TV specials, documentaries, and movies; Buffalo Bill, the serial killer from Silence of the Lambs, was based loosely on Bundy’s supposed ability to outsmart law enforcement. Positive descriptors like “good-looking,” “clean-cut,” and, of course, “charming,” are used countless times in reference to Bundy throughout Conversations with a Killer.