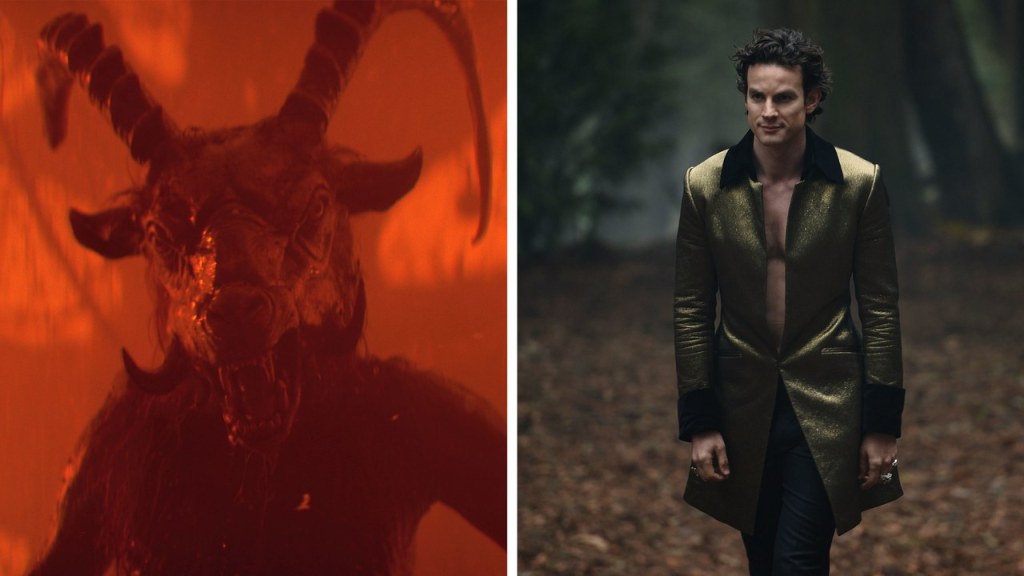 There are a lot of questions surrounding the ending of Netflix’s Chilling Adventures of Sabrina, Part 2. Note: Spoilers ahead. What will Aunts Hilda and Zelda do with the witches and warlocks that survived Father Blackwood’s lethal plan? What will happen to Ms. Wardwell now that she’s no longer possessed by Lilith? How will Sabrina and her friends save Nick from Hell? But the biggest question that I have is: Why did they have to make Satan, the Dark Lord, Mister Lucifer Morningstar, so hot in his true form?

A quick refresher: We had already seen the Dark Lord throughout the series in animal form, a horned beast with hooves that would occasionally visit Ms. Wardwell/Lilith’s cottage and neigh-whisper orders into Sabrina’s ear. He was equal parts terrifying and disgusting, like a hellish IRL take on a petting-zoo resident. But in the penultimate episode of Part 2, Sabrina carries out the Dark Lord’s final perversion when she slays her Mandrake doppelganger and completes the prophecy as the Herald of Hell. As Lilith explains, this means that the Dark Lord will walk the Earth in his true form and the gates of Hell will open. The finale of Part 2 begins with a flashback to when Lucifer fell from Heaven and met Lilith, and then cuts to the current day.