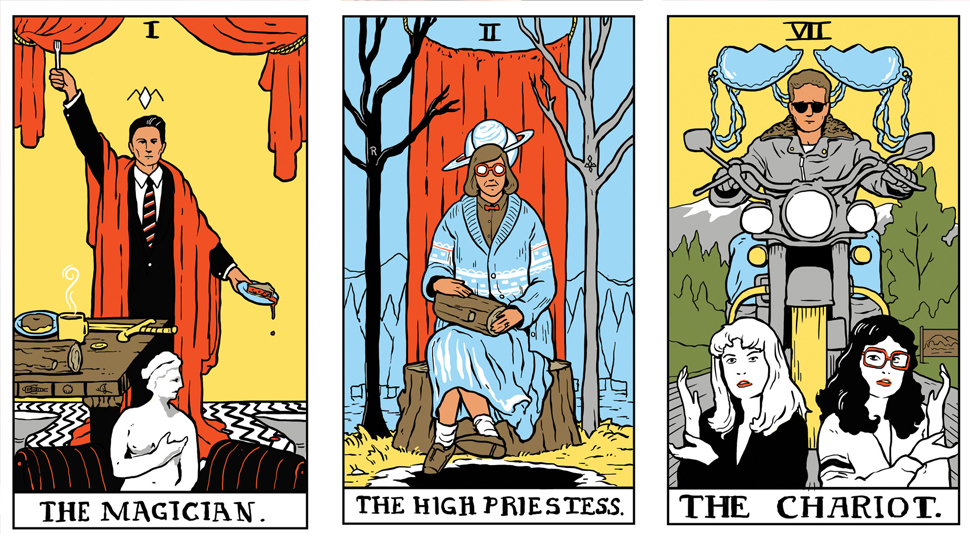 We are now only a year or so away from the long awaited return of David Lynch and Mark Frost’s cult classic to television screens, and anticipation from Twin Peaks fans all over the world has never been higher. Since the return of the show was first announced last year, we’ve seen Twin Peaks inspired pop-up restaurants in the U.K., a new fan documentary called Northwest Passage, and even Twin Peaks themed nightclubs. 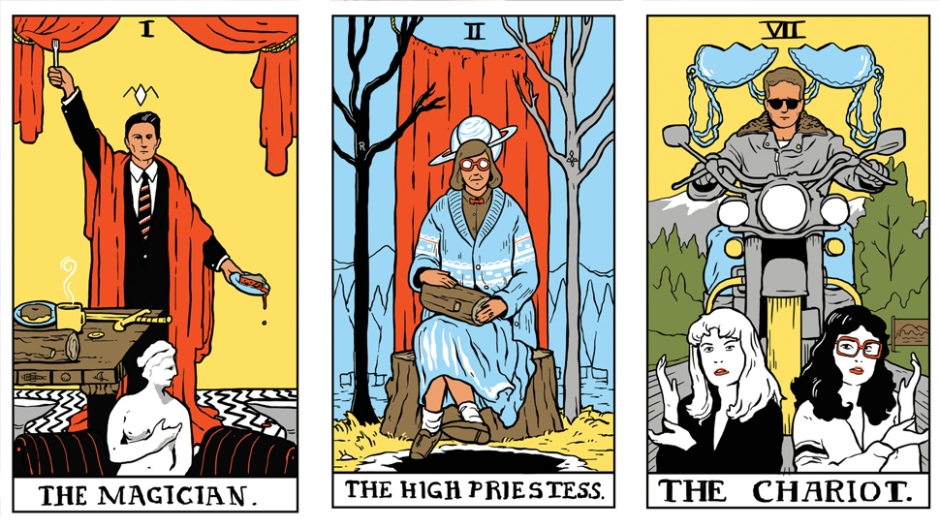 Now, a comic book artist by the name of Benjamin Mackey, best known as the co-creator and illustrator of the Image Comics series Saints, has combined his love for Twin Peaks with his enthusiasm for the art of Tarot cards by creating a series of images featuring characters from the show in the style of the original 1910 Rider-Waite Tarot deck.