Here’s your motivation: You’re lost! You’re angry, wandering through a hellscape of slasher flicks and torture porn and random demons that show up for no reason. Everything seems derivative and repetitive. You’re on a circular path you can’t deviate from. Hungry for originality, hunted by fat, greedy studios who have manipulated you for eons, you stumble, at last, upon a place of refuge. Friends along the way told you about it (the fisherman, the old woman clutching her purse, the young mother and her crying baby) and you’ve finally found it. But inside, there is no warmth, no sustenance, no creature comforts. There are intimations of violence. There’s a whiff of decay. You breathe in the terror of over a hundred years of legends and lore, your mind whirling with questions, but in the end you come upon a blank wall. You’re left with only yourself, and your fear of what may be behind you. 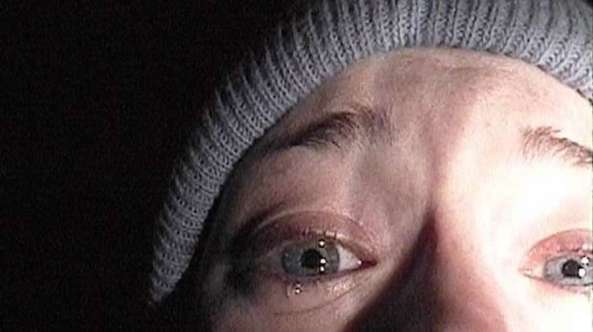 To say that The Blair Witch Project changed the horror genre irrevocably is an understatement. Crafted out of over a hundred hours of raw, amateur footage shot by actors (a tour de force of editing), the film had its share of detractors, but critics, scholars, and horror buffs have long acknowledged its unique contribution to cinema. Its tiny budget spawned the scrappy ingenuity that made the film so outrageously original and its marketing campaign so daring. But in creating their odd brand of dark horse publicity, the filmmakers forged a body of folklore around the film itself, establishing a question that persisted for years: Was it real? And that folklore is but one element of The Blair Witch Project’s impact upon the folk horror genre.

The “unholy trinity” of British folk horror — The Witchfinder General (1968), The Blood on Satan’s Claw (1971), and The Wicker Man (1973) — set the gold standard for describing other expressions of the genre. Although folk horror can be hard to pin down, given the importance of a certain “vibe” or feeling above specific technical or narrative constraints, there is general agreement about its basic criteria. A folk horror text should have some element of landscape that lends considerable atmosphere to the film. There should be a nod toward the idea of, if not an act of, human sacrifice or propitiation connected to a location. And, perhaps most importantly, it should have some sort of legend, lore, superstition, or myth at its heart. Enter the Blair Witch.