It was officially reported earlier this year that Aquaman star Yahya Abdul-Mateen II had joined the cast of director Nia DaCosta‘s spiritual sequel to Candyman, and what we had been told at the time is that the actor would be playing our new Candyman. But that’s now being called into question, as DaCosta has brought some clarification to the reports.

END_OF_DOCUMENT_TOKEN_TO_BE_REPLACED

Some more casting news for director Nia DaCosta‘s Candyman this week, as THR reports that If Beale Street Could Talk actress Teyonah Parris is in talks for a leading role.

Parris will reportedly play the girlfriend of an art dealer obsessed with the legend of Candyman in the Jordan Peele-produced film. Oddly enough, THR lists Yahya Abdul-Mateen II as that art dealer character, rather than Candyman himself. We’re looking into that one, as the Aquaman actor had been announced last week as our new Candyman.

END_OF_DOCUMENT_TOKEN_TO_BE_REPLACED

With Jordan Peele and Nia DaCosta’s Candyman reboot coming our way, fans are probably wondering if Tony Todd, the original Candyman, will take part in the film. According to Bloody Disgusting, Todd said he’s willing to take another role in the movie if he’s not cast as the Candyman himself.

“Of course, I’d want to be a part of it. I helped create this character,” Todd told Bloody Disgusting. “I helped bring him to life, so I’m sure if Boris Karloff was asked the same thing, he would say exactly what I say. I know the character inside and out.”

END_OF_DOCUMENT_TOKEN_TO_BE_REPLACED

A significant Black or African American presence in horror films is neither easy to unpack nor discover. Since […] 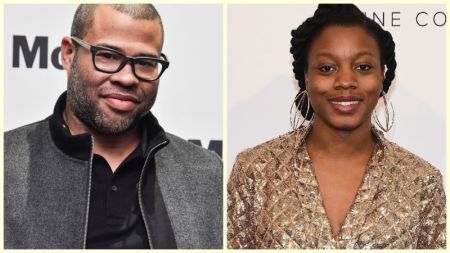 “Little Woods” director and writer Nia DaCosta has been tapped to helm “Candyman,” a new retelling of the […]